SDI-Serial Digital Interface, widely used in SDI encoders, SDI converters and other equipment, which has been applied to radio and television fields, security monitoring. And we have witnessed the development of the video standard with the ultra high definition standard from SD-SDI, HD-SDI to 3G-SDI, 6G-SDI, 12G-SDI and 24G-SDI. At the same time, it has also promoted an era of a new digitized video display in both monitoring and radio and television fields. Below we discuss the difference between the various SDI interface.

SDI: Serial Digital Interface (SDI) is a family of digital video interfaces first standardized by SMPTE (Society of Motion Picture and Television Engineers) in 1989. For example, ITU-R BT.656 and SMPTE 259M are defined for broadcast-grade video.

HD-SDI: The standard known as the HD Serial Digital Interface (HD-SDI) is standardized in SMPTE 292M; Although this standard is known as the 1.5 Gb / s interface, the bit rates supported by HD-SDI are actually 1.485 Gb / s and 1.485 / 1.001 Gb/s. OPTCORE provides a wide line of HD-SDI SFP transceiver for the special broadcast application.

3G-SDI: This standard is known as the 3 Gb/s interface, but the actual bit rates are 2.97 Gb / s and 2.97 / 1.001 Gb / s. 3G-SDI supports several different mapping levels, as described in the SMPTE ST425-1 standard. These levels are called A, B-DL, and B-DS. Like the HD-SDI standard, the 3G-SDI supports 3G-SDI CRC generation and checking as well as line number insertion and capture.

12G-SDI: The 12G-SDI is an SDI standard developed to support higher resolution, frame rate, and color fidelity. It provides four times the bandwidth of HD, carrying 12Gbps, making it ideal for the 4K 60p format. This is not new, UG has been developed 6G / 12G since 2012, but has not been approved by the standard governing body SMPTE (Society of Motion Picture and Television Engineers) under the SMPTE ST-2082 draft name. Click to learn more about 12G-SDI transceiver.

In 1982, the former CCIR issued CCIR 601 on the basis of the institutional proposals of the European Broadcasting Union (EBU) and the American Society of Motion Picture and Television Engineers (SMPTE) at a sampling frequency of 13.5 MHz and 8 Bit quantification and 4: 2: 2 chrominance sub-sampling unify the digital parameters of both 525/60 and 625/50 television scanning systems. In 1986 CCIR released CCIR 656, based on the EBU Tech.3246 and SMPTE 125 standards, and proposed a parallel interface that transmits CCIR 601 specifications using 11 twisted pair and 25-pin D-type connectors, Some early digital devices used this interface, but because of the short transmission distance, the connection is complicated and other reasons, not suitable for large-scale use. In fact, the CCIR 656 also includes the EBU Tech.3247 serial digital interface standard proposed by EBU in 1983 and uses 8/9 block coding at a bit rate of 243 Mb / s but only supports 8-bit quantization and is not easy to design stable cheap interface chip.

In 1983, CCIR became the International Telecommunication Union Radio Telecommunication Sector (ITU-R). In 1994, ITU-R released Recommendation BT.656-2, incorporating a new serial digital interface as defined in EBU Tech.3267 and SMPTE 259M, which uses a 10-bit transmission and NRZI encoding. The clock rate is 270 Mb / s when transmitting a 4: 2: 2 level signal from ITU-R BT. 601 (part A), which is now the famous SDI. The use of 75-ohm coaxial cable and 75-ohm BNC connector (IEC 60169-8) enabled the reuse of a large number of existing cabling inside the station in a digitized system and SDI became standard on digital devices Based on the final realization of the studio, master, broadcast control system of digital. China also formulated the corresponding national standard BG / T 17953 with reference to the above standards. EBU Tech.3268, SMPTE RP145 and ITU-R BT .799 propose dual-link to meet the demand of high-quality program production for 4: 4: 4 level image and chroma key of ITU-R BT.601 (Part A) Concept that transmits both the R’G’B ‘/ 4: 4: 4 image and the other broadband signal over two SDI channels at the same time.

In 1990, the release of Recommendation ITU-R BT.709, the accelerated development of high-definition television technology, the use of a serial digital interface to transmit high-definition signals has been agreed in the industry, for which SMPTE defined in the 292M standard clock frequency up to 1 The serial digital interface of 5 Gb / s level, the corresponding international standard is ITU-R BT. 1120, this is the well-known HD-SDI.

In 2005, the ITU-R gave the specification for a 2.97 Gb / s serial interface in BT.1120-6, which still uses the 75-ohm coaxial cable and the IEC 60169-8 standard connector. In addition, SMPTE 424M also gives a similar definition of 3 Gb / s level interface. The advent of the 3 Gb / s serial interface solves the previous need for dual-link HD-SDI such as 4: 4: 4 / 12bit or 1080p50 / 59.94 format programming. Manufacturers have announced the introduction of 3 Gb / s serial interface chip products. In some occasions that require long-distance transmission, such as the connection of two distant studios, copper is a bit powerless, and at this moment, the optical fiber cable becomes a natural substitute for copper. ITU-R BT.1367 and SMPTE 297M are standards for transmitting serial digital signals over optical fiber cables. Take ITU-R BT.1367 as an example. Only single-mode optical fibers and corresponding optical connectors are allowed when transmitting high-definition signals – Electrical, electrical-optical conversion by the appropriate optical receiver and optical transmitter to complete.

SD-SDI vs HD-SDI vs 3G-SDI, what is the difference between them?

The basic electrical specifications of HD-SDI and SD-SDI are the same, but the transmission bit rate is much higher than that of SD-SDI. Since the ITU-R BT.1120-2 specifies that the luminance sampling frequency of high definition video signals is 74.25 MHz and the sampling frequency of two color difference signals is 37.125 MHz respectively, the basic bit rate of HD-SDI reaches 1.485 Gb / s. Taking into account the distribution of high-frequency transmission cable parameters affects the transmission of high-definition video signals, the cable length will be greatly reduced.

The data transmission format of HD-SDI is basically the same as the transmission format of SD-SDI, and the luminance signal Y and the color difference signals Cb and Cr subjected to time-division multiplexing are handled as 20-bit words. Each 20-bit word corresponds to a color difference sample and a luminance sample. The multiplexing modes are: (Cb1Y1), (Cr1Y2), (Cb3Y3), (Cr3, Y4).

With the advent of high definition (HD) video standards such as 1080i and 720P, interfaces have been adapted to handle higher 1.485Gbps data rates, and the 1.485-Gbps serial interface, commonly referred to as the HD-SDI interface, is defined by the SMPTE292M, It uses the same 75-ohm coaxial cable. SMPTE approved the new standard, SMPTE424M, which doubles the SDI data rate to 2.97Gbps over the same 75-ohm coaxial cable and supports higher-resolution images such as 1080P and digital cinema. 3G-SDI is an upgraded version of HD-SDI. The system supports SMPTE424M, SMPTE292M, SMPTE259M, SMPTE297M, SMPTE305M, and SMPTE310M standards. 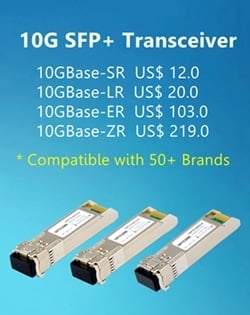